We have an unmatched experience in helping companies recognize, grow, and promote real talent. It is important that we follow the same principles ourselves. 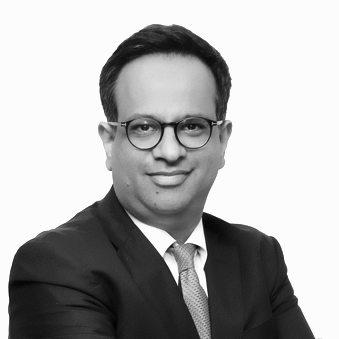 Shiv is a management graduate from the London Business School and possesses over 20 years of experience in the executive search and selection industry.

Shiv is a management graduate from the London Business School and possesses over 20 years of experience in the executive search and selection industry. He has led the organization for the past 15 years with a consistent and undivided focus, resulting in ABC emerging as the largest recruitment services firm in India. ABC has over 550+ professionals with offices in 8 cities in India. Under his leadership, ABC provides effective Talent solutions across organizations through its 24 industry practices. The firm has grown from 150 consultants nationwide to over 550 today, and has resiliently withstood the challenges of a changing global market.

Shiv is a second generation entrepreneur and joined ABC while studying in college and followed a diverse path within the firm. He began his career in 1995 and thereafter moved to Delhi from the Kolkata office. He took over as CEO of ABC Consultants in 2005 and the organisation tripled its revenue within a span of 5 years. He was an integral part of the team that oversaw a successful JV with Manpower Inc. Post this JV, he moved the firm from a single service to a multi-product one and launched 4 new businesses (FlexAbility, HeadCount, HeadHonchos & Chairman’s High Circle) in the past 8 years.

An avid cricket aficionado, an art collector, Shiv was the lead guitarist in a rock band in his younger days. He has featured on Young Turks on CNBC and won the Vodafone Drive into the Big League contest in the past. He is an Independent Director on the board of Dr. Agarwal’s Healthcare Limited, a Chennai headquartered chain of eye hospitals. Shiv is a member of the Delhi Chapter of Young Professionals Organization (YPO). 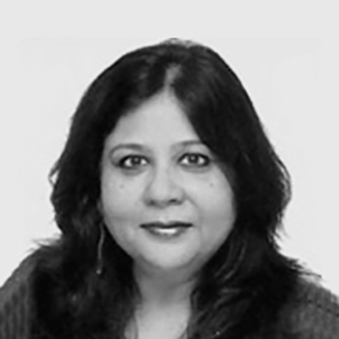 A national scholarship holder and a graduate of Delhi University, Ratna is part of the Management Committee of ABC Consultants Group

Ratna Gupta, is a Senior Director and part of the Management Committee of ABC Consultants Group.

Apart from being a part of the leadership team, Ratna heads a cluster of industry practices which include: Technology, Outsourcing & Offshoring, Consumer Durables & Building Materials, Metals, Minerals  & Mining Services practices. She has an established reputation in the market as multi-domain consultant, with deep expertise in the Technology vertical. At ABC, she personally advises Global- MNC’s & Large Indian houses on CEO and CXO level strategic hires . She comes with a lot of value added knowledge  and guidance in building organizations from scratch through the right hiring models . Prior to joining ABC, she has worked with TMI Network in their recruitment  and media divisions. She also has strong exposure to corporate sales with Diners Cards at the onset of her career. Ratna has over 20 years of experience in recruitment ,and a flair for  sales & marketing . She has been with ABC Consultants since November 2000.

She is a Sociology  Honours graduate from Delhi University with an added B. Ed degree and National scholarship holder ranked 3rd in Delhi university.

Would you like us to assist in your search for premium talent?

Our attention has been drawn to the fraudulent recruitment activities by individuals posing as ABC Consultants or Employees of ABC Consultants, trying to trick candidates to part with large sums of money by promising them job offers.

These individuals are also wrongfully using the company’s registered trademark as well as using fake and copied website to legitimise their activities to lure innocent candidates to fall into this trap.

ABC Consultants does not charge any fee at any stage of its recruitment process from the candidate.

We would like to categorically state that these communications are purely made with the intent to defraud the candidates. The company has not authorised any individual to acquire any kind of payment from candidates, towards our company or towards any individual in the recruitment process.

If you have any questions or concerns, please contact info@abcconsultants.in

Are you looking for the right career opportunity?